Chad, of course, is the former Nirvana drummer and now in the band East of the Equator. Dan McDonald and Chad worked together in The Methodists, who released one album in the late 90s. Brian and Kevin Wood are brothers of Andy Wood - the hugely talented frontman of Mother Love Bone.

The EP was produced by Jack Endino who also engineered Nirvana's Bleach album. On working with Endino, the band said in an interview: "I worked with him before on a number of projects, and he's the master of the controls. He knows how to work that equipment better than anybody that I've ever worked with. He knows that studio [Word of Mouth, Seattle] and you just can't understate his abilities at putting things together. We were working under a real tight schedule with the Stripped EP."

The EP features six songs (the last one is hidden on the CD), all of which can now be downloaded for free in this section. Of the album, one magazine wrote: "While the disc is pretty grungy at times, the music is always clean and tight, and makes for a good listen. Stripped is a fine first effort for the boys."

You can read a longer article about the band here. In February 2004, I asked Chad about the Fire Ants and got a few of his memories on the band: "The Wood brothers are great guys! Not much to tell about those days recording the EP. Even in the studio, Brian was always dressed to kill! I think we spent a whopping 4 days in all recording that EP."

Thanks to Chad Channing for info. Special thanks to Ed Dekema for allowing us to post the EP here in mp3 format. 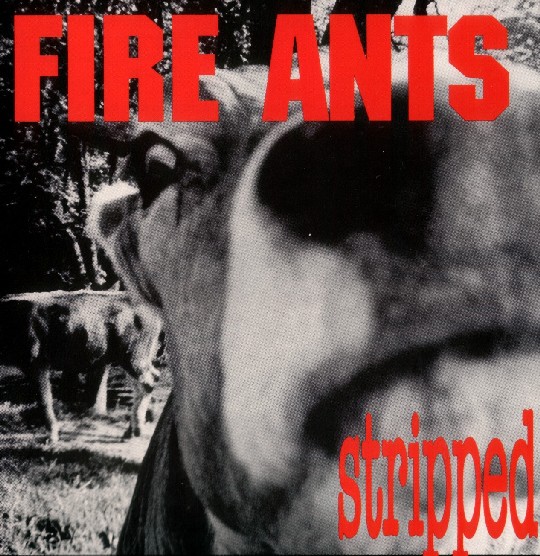